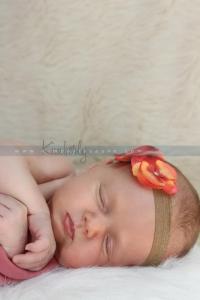 The events surrounding Atirah’s birth are truly a blessing from God. As a mother I have been challenged and humbled through them, the Lord has taught me much through bringing this little girl into the world, for which, I am truly grateful! The name Atirah means “prayer” in hebrew and little did we know that you would rely so much on prayer leading up to your arrival as well as during labour and birth. You came to us on July 28th at 4:28pm. You were 2 weeks and 2 days past your due date but still a tiny little peanut, the smallest of all my children thus far. The final month of my pregnancy leading up to your birth was frustrating and challenging for me. I had tons of prelabour contractions, I would be awoken in the middle of the night because these contrations were  so intense. It was hot and I was getting impatient. However I was having a great pregnancy and I was determined to rely on the Lord’s timing and to allow Him to bring your forth at the right time! 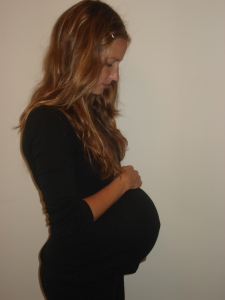 There were many nights when I thought that you were going to come but by the next morning things would stop. I listened to many of my fellow pregnant moms and tried all the “tricks in the book”; evening of primrose oil at 36 weeks, hot baths, spicy food, long brisk walks, we even restorted to castor oil at the end but you didnt budge:) The midwives started doing stretch and sweeps at 38 weeks but it still didnt do anything! I should also mention that we were planning a homebirth if I went naturally however I was somewhat doubtful because your brother and sister were both overdue and we had to be induced at the hospital. Judah was 8 days over, induced with prostin gel and born 12 hours later at 8lbs 1oz. Mercy was two weeks over, induced with prostin gel and born 5 hours later at 8lbs 5oz. Both healthy beautiful babies but both very much overdue. There were a couple issues such as an aged placenta and meconium aspirations that we were warned about so naturally we wanted to be sure that we would make a choice that was the best for you. July 12th, my due date, came and went as did the next two weeks. I had one ultrasound that we thought may be more accurate and it was for July 20th, however that date came and went as well. I think you were pretty cosy in my belly little one:)

As the days passed I felt like an israelite wandering in the dessert, wondering when I would see the promised land! I would grumble and complain, I was getting frustrated that I couldnt got into labour by myself and wondered what was wrong with me? Everyone else was having their babies and there were a lot of them! My sister in law was due after me and ended up having her little guy 5 days before me! But through prayer the Lord would gently remind me of His faithfulness and plans for my life, I knew that He was good and knew what He was doing so I would surrender, repent and move on. I finally decided to fully surrend it to the Lord and completely trust that whatever happened I would trust Him as he worked in my heart! We spoke a lot with the midwives about your birth and discussed for how long we should wait. There were no signs that you were dropping into the pelvis, and there was no dialation of the cervix that 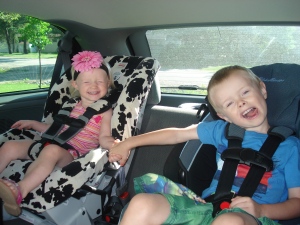 would lend itself to labour coming anytime soon. Your dad and I prayed A LOT about it, and felt like with my history and the amount of time that had already passed we would wait as long as we could before scheduling an induction, and we did. We trusted the Lord to intervene if he wanted to but we both felt peace about being induced with the prostin gel if we came to the 28th of July. And we did. To be quite honest I doubted that it would even work as the baby’s head was high and I hadnt dialated much. We now realize that because you were so small there was no need for you to “drop” and therefore there was no pressue on my cervix wchi was the reason for little to no dialation. You may have stayed in there for another few weeks which could pose as a threat for your health and mine. The day prior to our induction I tried castor oil to see if it would “naturally” induce me but it only gave me contrations 3 minutes apart lasting 1 minute for about 6 hours and then they stopped and after it was all over I was really tired. On wednesday night our kids had a sleepoverat Gramie and Grampies house, so we enjoyed a nice evening together and had a great night sleep, which would prove to be a blessing the next day. On Thursday morning we woke up and headed up to the hospital for 7:30am. We met our midwife Kathy there as well as the oncall OB, Dr. Egboula (amazing ob, very kind and respectful), and they induced me at 8:30am. Immediately the contractions started, they were intense and about every 2 minutes. Jim texted our family and friends and everyone began to pray for our journey ahead, and boy would we need it! I laid in the bed for an hour and then walked the halls for 45 minutes, as I walked they intensified and at 10:30am the nurse checked me, I was 4-5cm and having regular intense contactions. I was still doubtful at this point, thinking that it could stop at any time, I had felt this before and nothing came of it. They decided to admit me and I immediately got in the shower, unfortunately there were no tubs at the hospital so I had to settle for the shower. My mom met up with us and our midwife returned. Everyone thought that it was going to be really fast, and so did I. I laboured in the shower, still doubtful but hoping that this was it. As the water teamed down on my back I began to sing with the music that Jim had put on and worship the Lord, I felt his presence in that room and knew that he was in control. I was 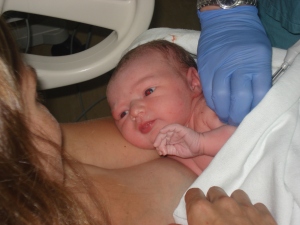 continuing to surrender this labour to him and I began to weep as I thought of the reality of meeting my little girl. I was overwhelmed by love, excited and anxious and in pain all at the same time. I was praising him to the priveledge of carrying this life. Labour continued for the next 4 1/2 hours, contractions 2 minutes apart, lasting for a minutes, I was getting tired. Everyone was just waiting for my water to break, wondering what the hold up was. I was getting pretty tired by this point, so Kathy my midwife decided to check me to see if there was any progress. Again Jim sent out an email asking our intercessors to keep praying for the health of the baby and myself. In my mind I was thinking I should almost be fully dialated after all this work but I wasn’t. At 3:15pm I braced myself the uncomfortable exam and we found out that after 6 1/2 hours of labour I was still 5cm and the head wasnt engaged at all! I felt God’s peace come over me in that moment and felt like I zoned out. I heard Jim and Kathy talking about pain management, breaking my water, etc. But I felt like I wasnt really present. I had peace that Jim could make that decision as I was too tired to think about anything. He knew me, he knew that medication wasnt an option for me and I trusted his discernement. We decided to break my water, Dr. Egboula was still there and he agreed to do it. At 3:40pm he returned to my room and broke my water, it was painful and I felt a bit scared as I knew that this was it and at any moment I was going to feel this labour kick into high gear. They put me on the monitor to make sure that the baby could handle these contractions and she did perfectly. In 5 minutes of my water breaking, I began to feel the most intense conctractions of my life. They would last at least a minute and were one on top of each other. It was in agony, I had never experienced such intensity. I sat at the edge of the bed, and held onto my mom while Jim pressed into my lower back. After the first 5 contractions my body began to transition into the pushing phase, I began to bear down uncontrollably. This continued with each 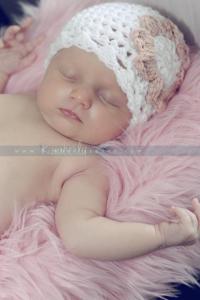 contraction. In my mind I knew that it wasnt going to be long now. I just needed to make it through each contraction. The pain was enduring and it was all I could do to breathe. I cried out to the Lord and clung onto my mom and my wonderful husband. In the next half hour I went from 5cm to 10cm and I could actually feel the head descending into my pelvis. My body began to push and with three short contractions I push out our precious baby girl! (my pushing was completely involuntary, my body just knew what to do, it was amazing). Our second midwife Audrey showed up 2 minutes prior to her birth so she was able to assist in the birth which was amazing because both Kathy and Audrey have attending all of our children’s births. Jim told me afterwards that at the end I said “I can’t do this” and within 5 seconds Jim handed me our beautiful baby girl. It was amazing! I love that her daddy caught her and brought her into the world. We were all in tears and in awe of this new little life. It is such an amazing and humbling experience to know that you are the only one in the whole world who can comfort your child in that moment. As soon as she heard my voice she was silent! Jim cut the chord and immediately Kathy started collecting the chord blood so we could send it away for storage. Once Atirah was born I felt like a million bucks! That feeling of complete relief is amazing! I was so in love with this little baby lying in my arms, feeling her and seeing her brought such great joy to my life. I was so thankful to the Lord for bringing me through such a hard and long labour. As I lay there with her on me, everyone kept saying how tiny she looked, at this point I thought she was about 9lbs because of how overdue she was so they weighed you and I was in shock that I had such a tiny baby, you were an answer to prayer! I had always prayed and asked the Lord for a little baby and he gave me you, we nicknamed you “little prayer”:) I feel as though with each baby the wells of my heart grow deeper and I have the capacity to love even more. I have such a deep love for you Atirah, word cannot express it. Perhaps, it is because I had be anticipating your arrival for SO long or many it is simply because God gave me this love, whatever it is, I fully embrace you little one! You are perfect and you are another precious gift from the Lord. Atirah Kaiya Prayse, birthed through life-giving prayer and praise you came to us. May your life testify to the goodness and faithfulness of our God! 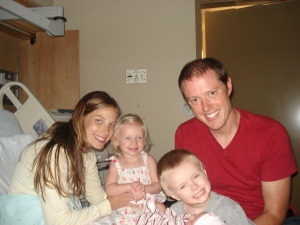 One thought on “Atirah’s Birth Story”